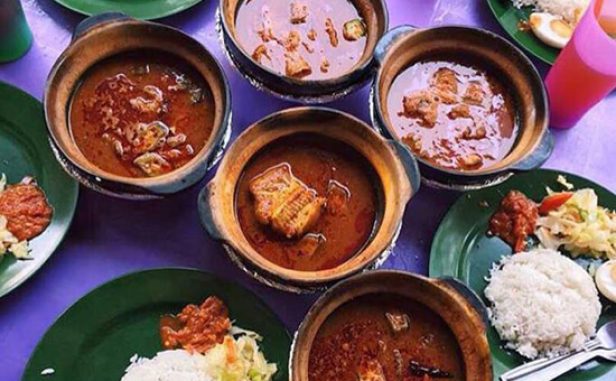 Asam Pedas is a well-known cuisine in Melaka.  Asam Pedas Claypot Kota Laksamana serves one of the best asam pedas, we promise you.

This restaurant is Melaka’s hotspot and is also featured on TripAdvisor.

Cooked in a clay pot and served in boiling heat along with a plate of rice, fried cabbage, sambal belacan, and fresh salted egg. It’s fingers lickin’ good!

Sure it’s a long queue especially during peak hours, but the heart wants what it wants. You simply couldn’t resist the temptations!