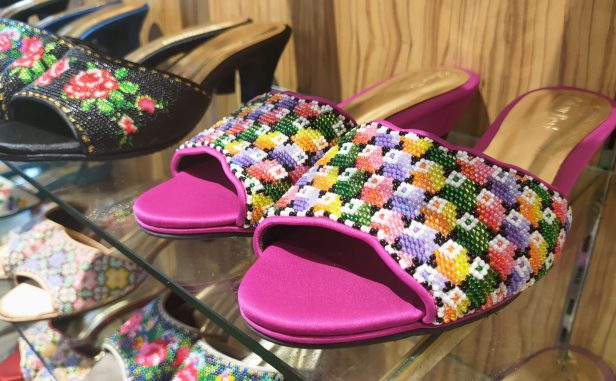 Originally, the beads used on these beaded shoes were specially imported from European countries, but over time these beads were taken from Japan because they are more quality and oriental.

The patterns produced are quite limited and are only reproduced if there is a demand for the same pattern. This is because the production of these beaded shoes takes quite a long time. The patterns and motifs of these beaded shoes mostly consist of flora and fauna such as Alamanda flowers, roses, Teluki flowers, lions, chickens, birds of paradise, dragons, and so on.

The color matching produced on the shoes is mostly influenced by their culture.