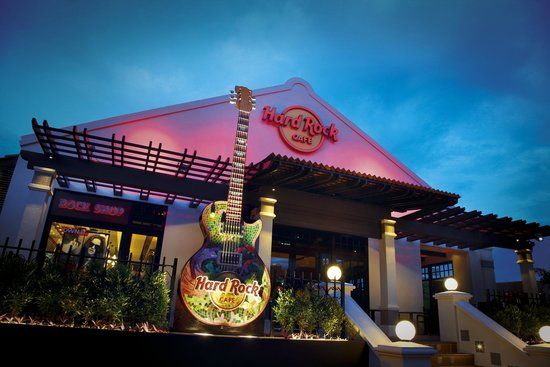 Situated idyllically by the Malacca River, the cafe often sees a line of eager diners and music enthusiasts queuing by the entrance, so we advise you to arrive before 21:00 to if you’re planning to catch the live band while enjoying your dinner.

Hard Rock Cafe Malacca has a similar layout to the rest of the chain’s outlets all across the world – outdoor and indoor seating areas, together with a live stage, a bar, and the iconic Rock Shop selling Hard Rock Cafe Malacca memorabilia. Bringing distinctive Malacca flavour to the decor is the Straits Malacca-inspired patterned floor, with walls decorated with music memorabilia such as Bruce Springsteen’s signed guitar and Prince’s white dinner jacket.

If live music is the reason why you’re thinking of visiting Hard Rock Cafe Malacca, you will not be disappointed. Entertaining guests from 22:00 onwards, the Hard Rock Cafe Malacca live band is engaging, playing crowd-favourite rock and roll hits, with a little pop and blues in between. Keep on the lookout for song requests – voice out your favourite songs to the band, and who knows, it might get played next! 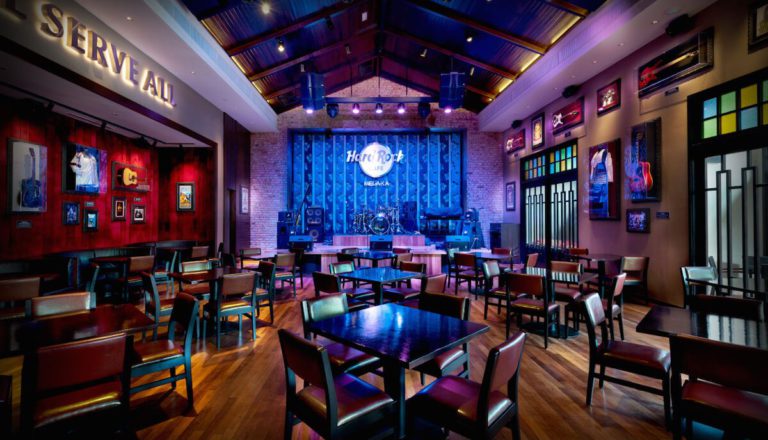