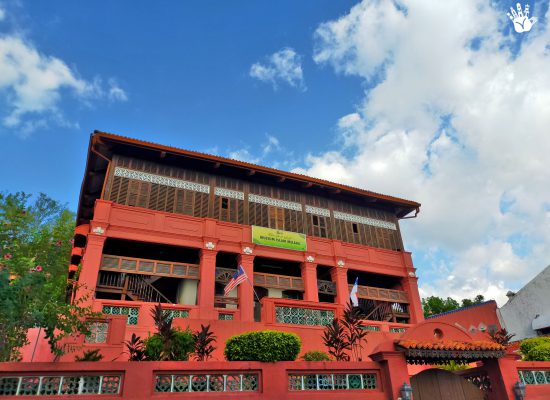 The Islamic Museum of Melaka was built in 1850. The museum is very special because it is a museum that stores various Islamic artifacts of the past. The museum is located on Kota street in line with the Stamp Museum and the People’s Museum. This museum showcases the introduction of Islam to Melaka and how it peacefully spread its teachings at that time without forcefully colonizing the land.

In the past, this place was used as the building of the Malacca Islamic Religious Council but now it has been converted into a museum that stores various replicas of heritage mosques found in Melaka, old Arab weapons, replicas of the sword of Rasulullah S.A.W. and old books written by archipelago scholars.

There are 8 exhibition spaces provided in this museum that carry a total of 100 exhibits according to its own theme. This is to make it easier for visitors to understand each message, the historical journey that took place in the past and the experience to be conveyed.

Among the exhibit materials on display is a replica of the oldest Quran in the world with a letter-size of four to five inches, a copy of the Al-Quran translated into Mandarin, a previously handwritten Al-Quran, and books on Islam. Tourists can also find the uniqueness of daggers, coins, and weapons engraved with calligraphy and holy verses of the Quran.

Stories about Dutch life in Melaka can also be found in this museum where it is engraved with Islamic writing on a porcelain plate. In this museum too, tourists can find paintings of heritage mosques in Melaka and the uniqueness of Islamic calligraphy carving on wood in the past.

What is more interesting in this museum is a stone inscription in Arabic that already pronounced Islam as the official religion of the leaders of the Malay peninsula in the 13th century.