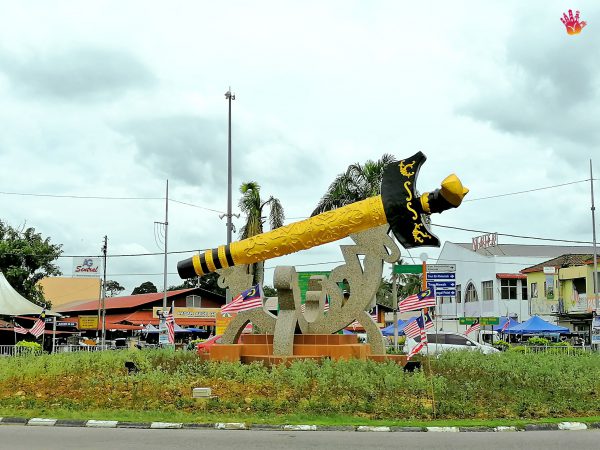 The Keris Landmark is a massive bronze sculpture of a Keris, which means “dagger” in Malay, rests on an elevated platform within the center of the Alor Gajah City Square.

The Keris is a symbol of the Alor Gajah district and a relic that commemorates the courageousness and strength of the Malaysian warriors that existed after the commencement of the Malaccan country.

Various depictions of the Keris can also be found in several places among the district, such as Simpang Empat, the Ayer Keroh Toll Exchange, Lubuk Cina, and Pengkalan Balak.

The Keris was used as a weapon by warriors throughout the land we now call Malaysia.

The Keris is a prized asymmetrical dagger; known for its distinctive wavy blade, though several have straight blades further.

Regardless of its variations, the Keris is very revered by locals even today.